effeff hold-open systems secure fire resistant doors which need to be open during the course of normal day-to-day operations. Should smoke be detected, the retainer mechanism immediately releases the door. Fire protection doors then close, thus containing the fire and preventing fire and smoke fumes from spreading to adjacent rooms and buildings.

Legislation requires fire barriers to be permanently closed. Such legislation is important as closed fire barriers are very effective in preventing dangerous smoke and fumes from spreading. However, in places such as hotels, kindergartens, hospitals and companies, passageways need to be unobstructed to ensure unimpeded access for the public and employees.

How can such conflicting requirements be fulfilled? With effeff's hold open devices. The design is quite simple, but extremely effective. Fire barriers are fitted with a door closer and a door holder. Under normal circumstances, the door holder, an electromagnet, holds the door open. Visitors can pass through freely and company business is not hindered by the constant opening and closing of doors, while fire detectors monitor critical areas.

If a hazardous situation should arise, the fire detectors automatically detect even the tiniest concentration of smoke and fumes day and night, also at weekends and outside working hours. They then immediately transmit an alarm signal to a smoke protection switch. This cuts off the power feed to the electromagnet and the door closer closes the doors completely automatically. The spread of highly toxic smoke and fumes is thus effectively prevented. If people are in an area where there is a fire, they can still escape through the doors; after they leave, door closers will reliably ensure doors are closed so they are impervious to smoke.

Arrester systems for fire barriers basically consist of several components: The door holders (holding magnets) which hold the doors open during normal operations; In the event of an alarm or if released manually, they unlock the doors. The fire alarms, which are mainly installed as optical smoke detectors. These monitor smoke concentration in rooms. If smoke concentration increases, fire alarms switch to alarm status. This can also be done by monitoring room temperature using heat detectors. If the room temperature rises quickly to 58ºC or over, the detectors switch to alarm status. The smoke protection switch as the system's central power supply and processing unit. This unit receives signals from fire detectors and evaluates them. In the case of an alarm or if the integrated release switch is activated, the smoke protection switch deactivates the magnets. Doors can now firmly close and thus seal off the rest of the building. 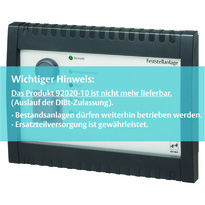 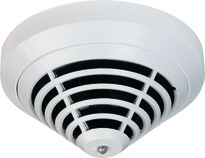 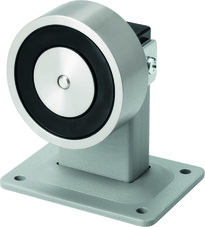